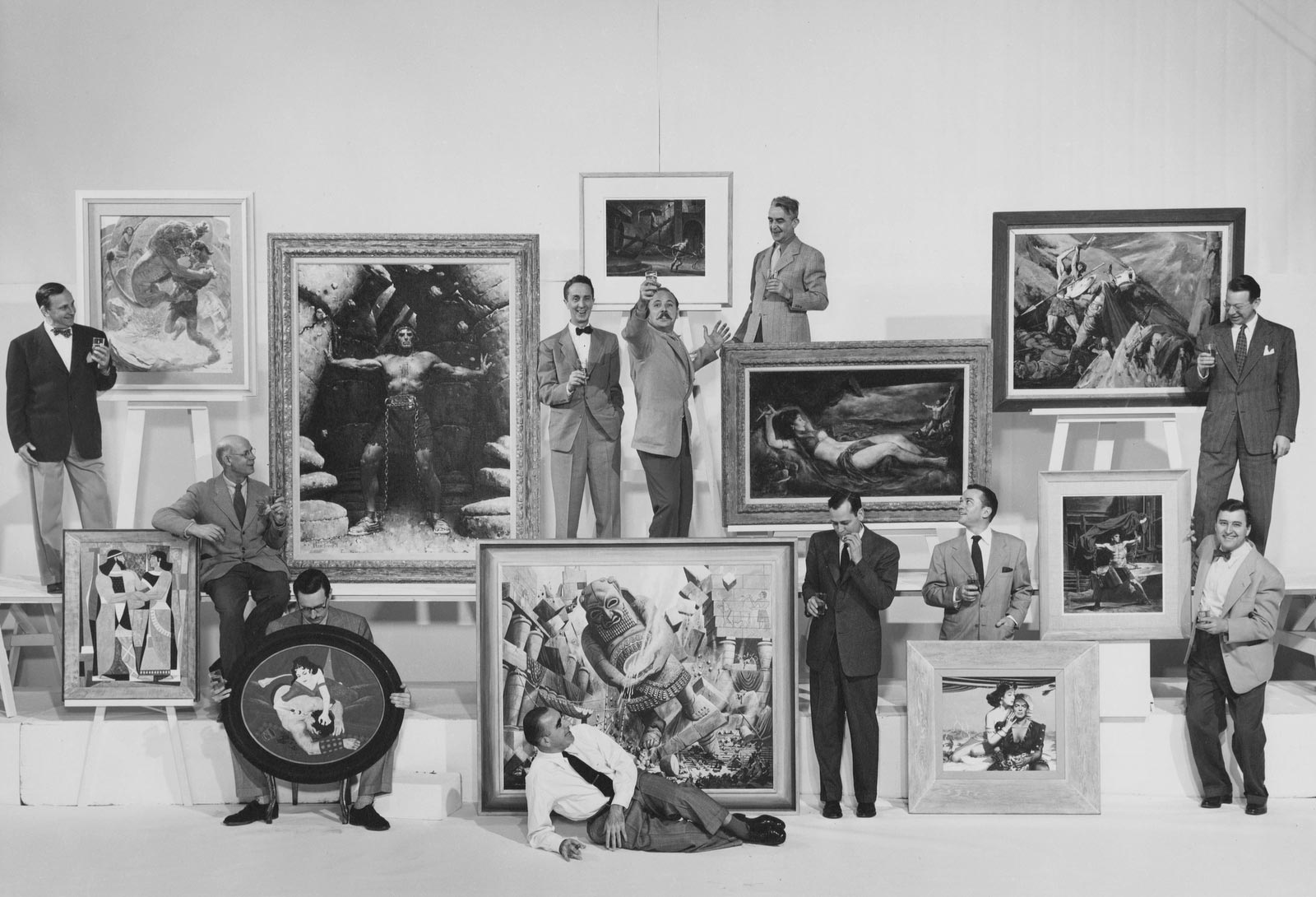 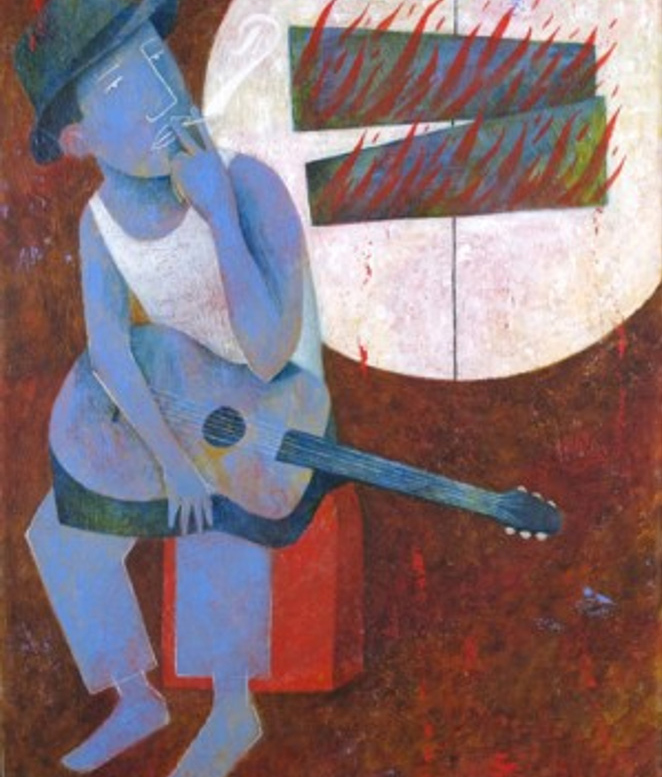 A collection of original works from Me + The Devil, a fictional story inspired by the life of blues musician Robert Leroy Johnson (1911-1938). Legend says that Johnson went to a crossroad near the plantation where he lived in rural Mississippi to make a deal with the Devil, trading his soul for musical success. Cross Road Blues (1936) and Hellhound on My Trail (1937) are songs that reflect Johnson’s supposed arrangement. The collection features 53 studies and finished illustrations. 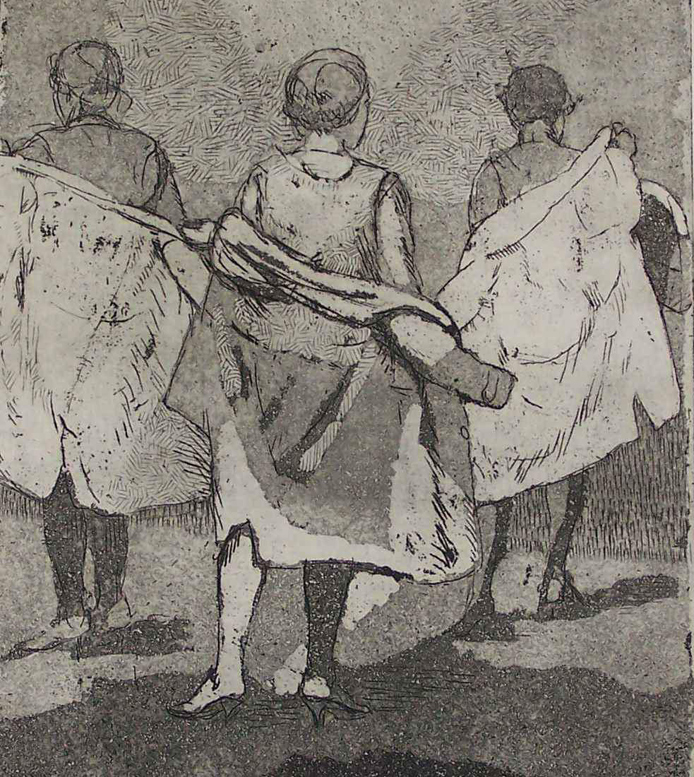 A collection of etchings and drawings by American painter and graphic artist Isabel Bishop, who is known for her humanistic portrayals of working women, and men, in realistic urban settings. Raised in the Midwest, she moved to New York City at the age of sixteen, and studied at the Art Students League with Kenneth Hayes Miller. In the winter of 1953, she and other representational artists founded Reality: A Journal of Artists Opinions to protest the period’s emphasis on nonobjective painting. Critic Clement Greenberg successfully fought the public’s negative response to abstraction, but his attempt to intimidate the New York figurative painters of the 1950s was less successful. Bishop contacted Edward Hopper to invite his participation in the group’s meetings, which were also attended by Raphael and Moses Soyer, Reginald Marsh, Guy Pène du Bois, Leon Kroll, Yasuo Kuniyoshi, Chaim Gross, Jack Levine, and Gladys Rockmore Davis, among others. The journal’s intention was “to rise to the defense of any painter’s right to paint any ways he wants.” The collection features 27 artworks. 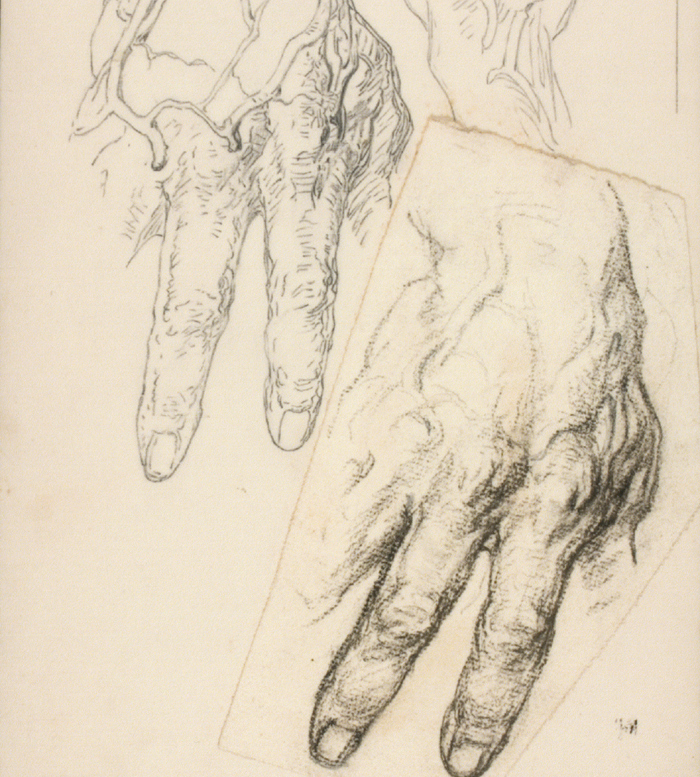 A collection of works by George Bridgman, one of most influential anatomists and teachers of the twentieth century. The artist is best known for his popular life drawing and anatomy books that are still used today. Studying under Jean-Lêon Gérômé (1824-1904) at the École des Beaux-Arts and later with Parisian figure painter Gustave Boulanger (1824-1888), Bridgman established a unique technique for capturing human anatomy, gesture, and details by representing parts of the body as geometric forms. As an instructor at the Art Students League in New York for 45 years, he taught nearly 70,000 students, many who would become notable figures in their own right. Among them were sculptor Paul Manship (best known for the statue Prometheus at Rockefeller Center), painter-muralist Gifford Beal, comic creator Will Eisner, illustrator Edmund F. Ward, illustrator Andrew Loomis, artist/teacher Kimon Nicolaides (known for his widely-used book, “The Natural Way to Draw”), painter Arshile Gorky, Abstract Expressionist Jackson Pollack, Peter Max, and Norman Rockwell. Bridgman was an inspiring presence for the young Rockwell, who began his studies at the Art League in 1911 and spoke highly of him in his 1960 autobiography, “My Adventures as an Illustrator.” “We worshipped George Bridgman,” Rockwell wrote. The collection features 108 drawings, many of which were published in Bridgman’s anatomy books. 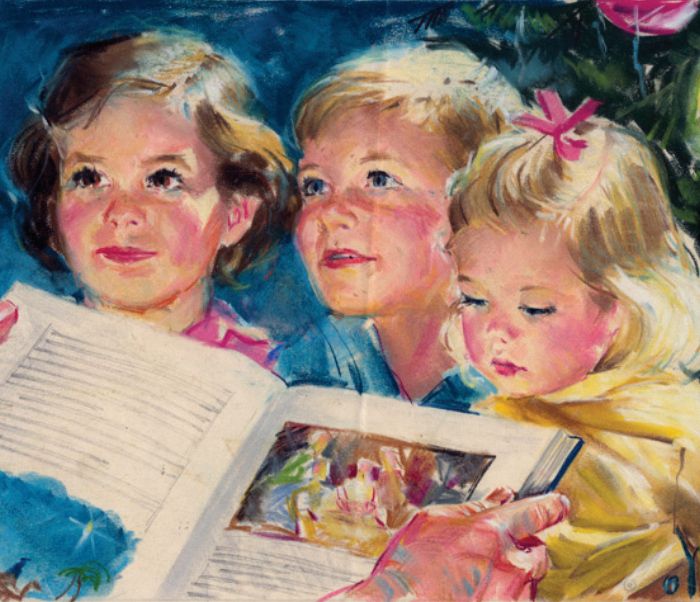 Collection of original works by illustrator Robert Childress, who is perhaps best known as a primary artist for the Dick and Jane series of reading primers published by the Scott Foresman Company. Born in 1915 in South Carolina, he displayed a youthful talent artistic talent, and paid his way through Clemson University by going door to door, offering to paint family coats of arms.  Childress worked for advertising agencies after graduation and promoted agricultural and farming products through his illustrations during World War II.  Joining the Neeley Art Agency in New York City in 1949, he created ads for Coca-Cola, Mobil, Frigidaire, Campbell’s Soup, Buster Brown Shoes, Wonder Bread, and many other products. The collection features 213 original illustrations and childhood drawings by the artist.