Talented artist Gloria Stoll Karn is recognized for her contributions to the pulp fiction industry during the 1940s, one of very few female illustrators working in the field to create illustrations and covers for popular romance and dime store magazines. This exhibition explore the artist’s short but prolific career, and her unexpected journey in a world previously assigned to male artists. From 1941 to 1949, Stoll Karn’s art appeared on the covers and pages of many Popular Publication magazines, including Black Mask, Dime Mystery, Detective Tales, New Detective, All-Story Love, New Love, Love Book, Love Short Stories, Love Novels, Romance, and Thrilling Love, as well Argosy. The artist, now in her nineties, continues to create art for her own enjoyment, exploring a range of themes and styles. 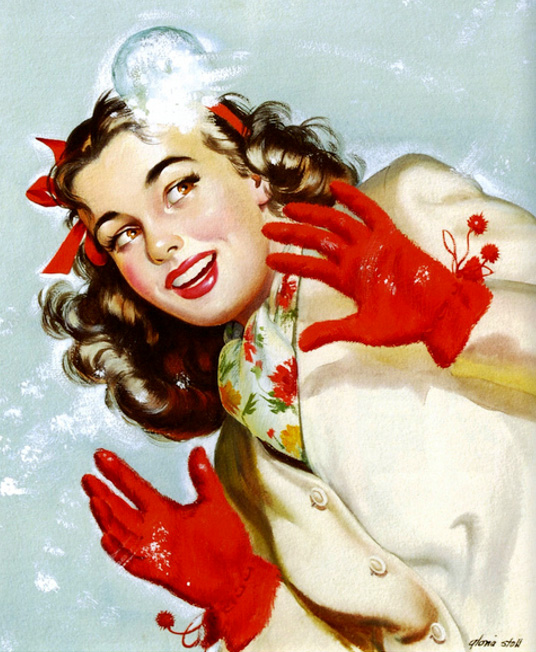 Celebrated for her artistic contributions to the pulp fiction industry during the 1940s, Gloria Stoll Karn (b. 1923) was one of just a few female illustrators working to create a steady stream of tantalizing images for the covers for popular romance and dime store magazines. During the first half of the twentieth century, inexpensive fiction magazines were described as “the pulps” for the wood pulp paper that they were printed on, in contrast to the glossies or “slicks,” which were published on higher quality stock. Sensational subjects—from romance and westerns to crime and detective stories—were popular fare for the genre. 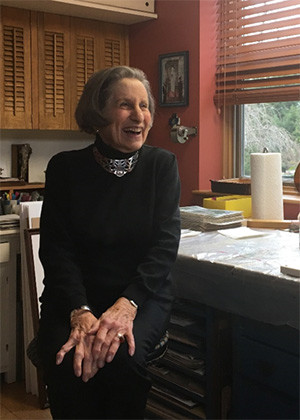 The child of Charles and Anne Stoll, both artists, Stoll-Karn grew up in New York City, where she attended the newly-established High School of Music and Art. During her high school years, she developed a strong portfolio, but took a position as an insurance agency clerk after graduation to help support the family following her father’s death. Discouraged that her efforts to find employment as an artist had not come to fruition, she attempted to burn her portfolio in the incinerator of her Queens, New York building. Too large to fit down the chute, she placed it in front of her door awaiting trash removal, but instead of discarding it, the janitor took time to leaf through her work and shared it with Rafael DeSoto, a famous pulp artist who was also a resident there. Impressed by what he saw, DeSoto referred Stoll-Karn to Popular Publications, and the steady stream of assignments that followed allowed her to establish a thriving freelance career.

In 1949, the artist married Fred Karn, and the two moved to Pittsburgh where he found employment. Her last pulp cover was published that year, but she continued to create art for personal enjoyment, teaching painting and collage at the Community College of Allegheny County, The Sweetwater Center for the Arts, and the North Hills Art Center. Now in her nineties, Stoll-Karn still reaps the rewards of a creative life and explores a range of techniques and styles in her art.

With thanks to Jeanne Torlidas Willow 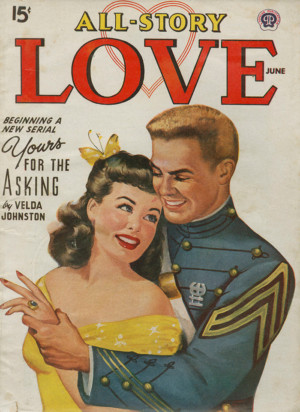 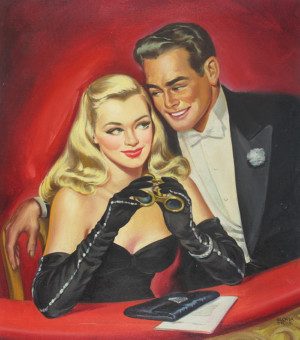 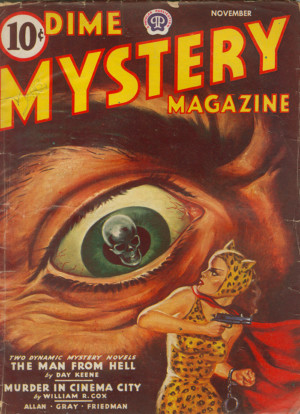 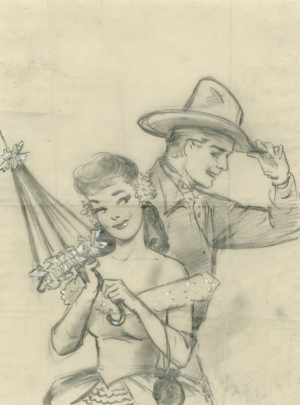 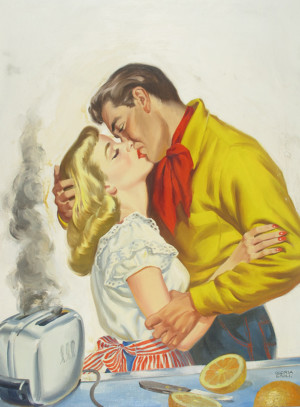 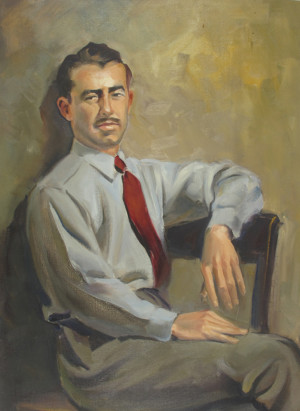