“He stands alone as a creator of worlds and a weaver of tales.”
— Guillermo del Toro

Never Abandon Imagination showcases over 200 paintings and drawings created by Tony DiTerlizzi. Original artworks detail DiTerlizzi’s distinguished career in the role-playing games Dungeons and Dragons and Magic: The Gathering, and his popular children’s books, The Spiderwick Chronicles, Kenny and the Dragon, The Story of Diva and Flea, and The WondLa Trilogy. In 2001, DiTerlizzi won a Caldecott Honor Award for his retelling of The Spider and the Fly—his first book to appear on the New York Times bestseller list.

Sponsored in part by:

DiTerlizzi has inspired a new generation of young readers with an artistic style influenced by legendary illustrators Norman Rockwell, Arthur Rackham, Winsor McCay, Brian Froud, and others. The exhibition explores how those visionaries shaped his own magical tales. The exhibition’s curator, Jesse Kowalski, notes that the Norman Rockwell Museum is “proud to present the work of this superb illustrator, who is keeping this cherished artistic tradition alive.”

The opening for Never Abandon Imagination was held at the Museum with a special appearance and book-signing by Tony DiTerlizzi. Additional family programming explored DiTerlizzi’s ability to inspire audiences with his use of imagination in narrative art. 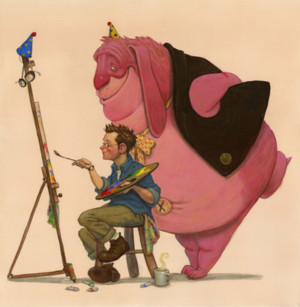 Self portrait Illustration from Ted. 2001. Gouache on bristol board.

New York Times bestselling author and illustrator Tony DiTerlizzi has been creating books for nearly two decades. From his fanciful picture books such as The Spider & The Fly (a Caldecott Honor book), to chapter books like Kenny and The Dragon and the WondLa trilogy, DiTerlizzi imbues his stories with rich imagination. With Holly Black, he created the middle-grade series, The Spiderwick Chronicles, which has sold millions of copies, been adapted into a successful feature film, and translated for more than 30 countries. Recently, he teamed up with Lucasfilm to retell the original Star Wars trilogy as a picture book and collaborated with Mo Willems for the bestselling chapter book The Story of Diva & Flea.

DiTerlizzi is also the author and illustrator of Jimmy Zangwow’s Out-of-this-World Moon Pie Adventure, as well as the Zena Sutherland Award winning Ted. His brilliantly cinematic version of Mary Howitt’s classic The Spider and The Fly earned the artist his second Zena Sutherland Award before receiving his Caldecott Honor in 2003. Mr. DiTerlizzi’s art has graced the book covers of such well-known fantasy writers as J. R. R. Tolkien, Anne McCaffrey, and Jane Yolen. He made his illustration debut contributing to Wizard of the Coast’s iconic games Dungeons and Dragons and Magic: The Gathering.

Believing in the healing power of stories, DiTerlizzi is a Global Ambassador for the Starlight Foundation and has held author events for children in hospitals all over the world. He serves as a member of the Board of Trustees for the Eric Carle Museum of Picture Book Art. 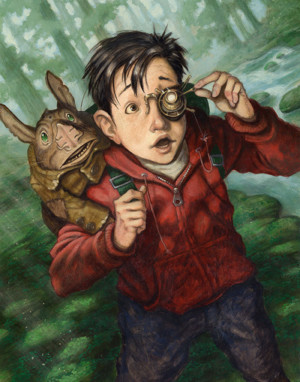 Spiderwick, 2003. Cover illustration for The Spiderwick Chronicles: The Seeing Stone, 2003. 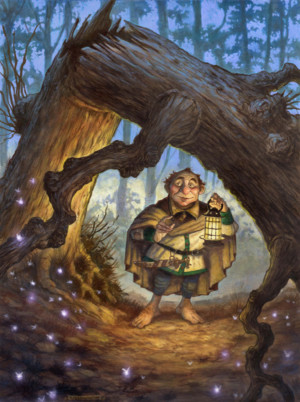 “Twilight Traveler” cover of Dragon magazine, 1999. Gouache on bristol board. 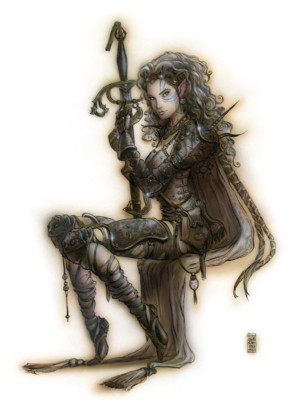