In January 1941 President Roosevelt, shared with congress his vision for a postwar world founded on four fundamental human freedoms: freedom of speech, freedom of worship, freedom from want, and freedom from fear. Inspired by his words, Rockwell created “Four Freedoms.” Originally published in the Post the paintings were a huge success and were later used to sell war bonds and stamps. The Four Freedoms paintings were sent on a national tour. They traveled to sixteen cities and were visited by more than a million people who purchased $133 million worth of war bonds and stamps. 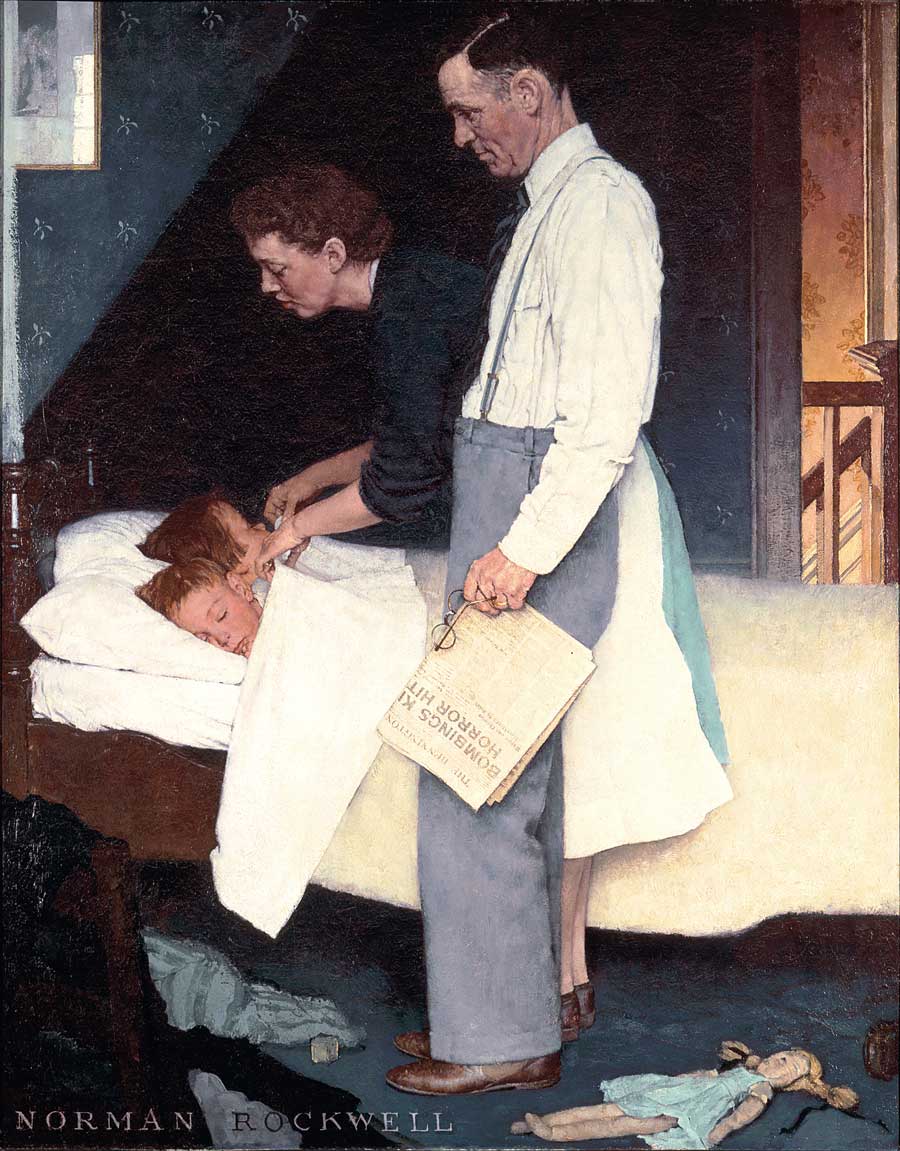 Freedom from Fear
©1943 SEPS: Licensed by Curtis Publishing, Indianapolis, IN

Try these activities to go even farther with your explorations.