AROUND THE TABLE (GRADES K-5)

In January 1941 President Roosevelt, shared with congress his vision for a postwar world founded on four fundamental human freedoms: freedom of speech, freedom of worship, freedom from want, and freedom from fear. Inspired by his words, Rockwell created “Four Freedoms.” Originally published in the Post the paintings were a huge success and were later used to sell war bonds and stamps. The Four Freedoms paintings were sent on a national tour. They traveled to sixteen cities and were visited by more than a million people who purchased $133 million worth of war bonds and stamps. This painting represents freedom from want. 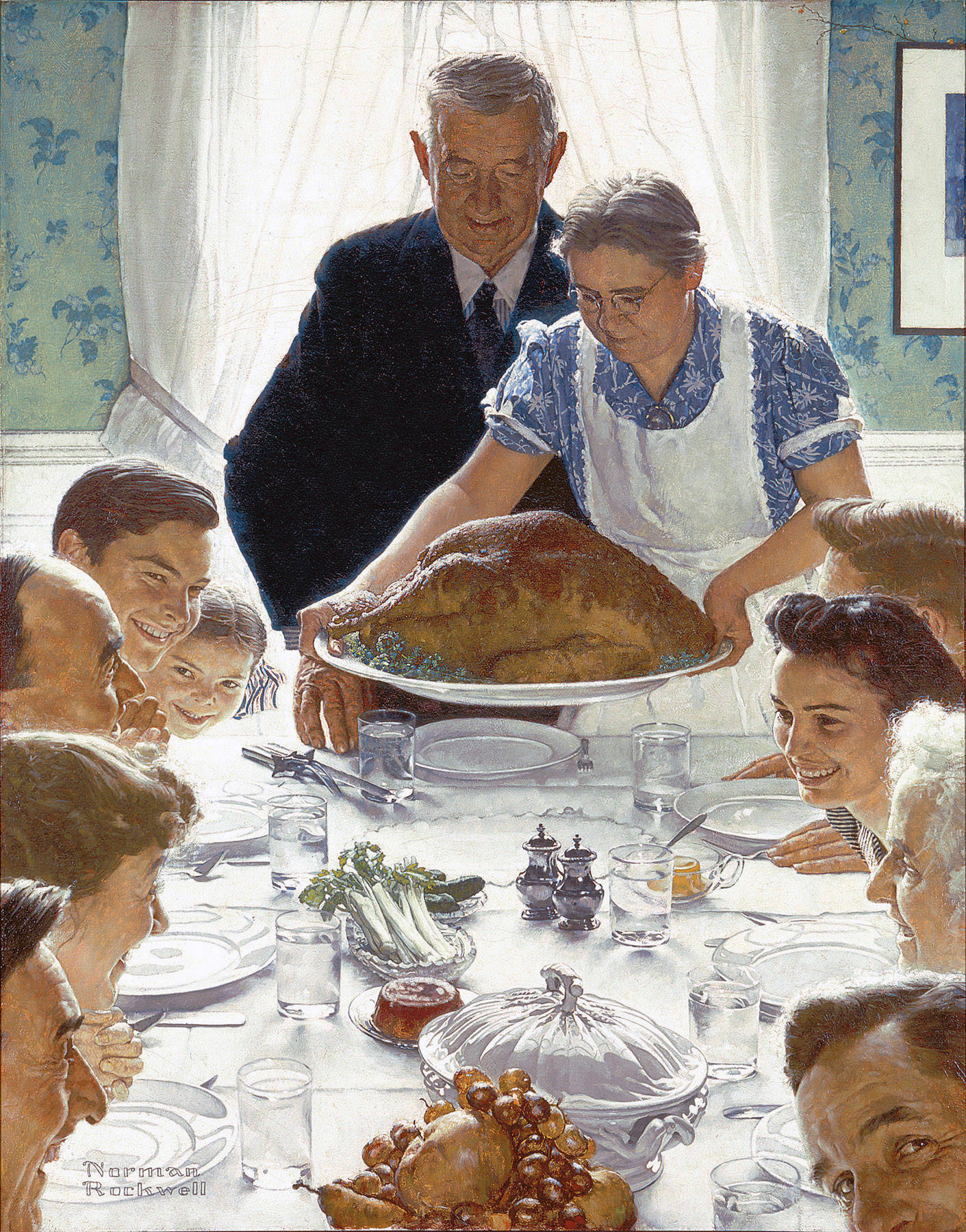 [One line activity for teaser: What might you say if you were at this table?]

*For beginning language learns point to the objects and name each one.

Try these activities to go even farther with your explorations.