First exposed at a young age to the American flagged superliner; SS United States, during his family’s emigration from Great Britain to the United States, Macaulay has returned, years later, to illustrate the ship and it’s builder, William Francis Gibbs, while incorporating his own family’s story into the overarching narrative. This exhibition, highlighting the new book Journey, will incorporate original illustrations, photography and archival materials to showcase both a unique illustration talent as well as an American icon and technological marvel of the sea.

During his career as both an illustrator and an educator David Macaulay been propelled by his innate sense of curiosity towards projects that are considered historical and technological marvels both large and small. The images created out of these projects reflect his ability to view objects with the trained eye of an architect while distilling complex functionality into easily understood imagery. An accomplished draftsman, with an eye toward detail and a mischievous sense of humor, his work melds together large concepts and a sense of personal humanity to culminate in artworks that celebrate technological mastery as well as the individuals who are featured in his works.

What’s in the show

In 1957 David Macaulay, along with his mother, younger sister, and brother sailed from Southampton England to New York on the SS United States as immigrants, eventually meeting with his father who had flown over previously to begin a new life in the United States . This initial shipboard experience, at the age of ten, has stayed with Macaulay as a moment in the back of his mind for his entire life. His journey across the Atlantic serves as the narrative thread that weaves throughout both the book and the exhibition.

While serving as “Americas Flagship” the SS United States was the largest and fastest of its type and placed in the context of the post-war 1950s, the ship represents a vision of an America filled with promise. Not only a promise of luxury and refinement, but also the promise of America as a leader in the post-war era that served as one of many beacons to war-torn Europe and it’s residents. 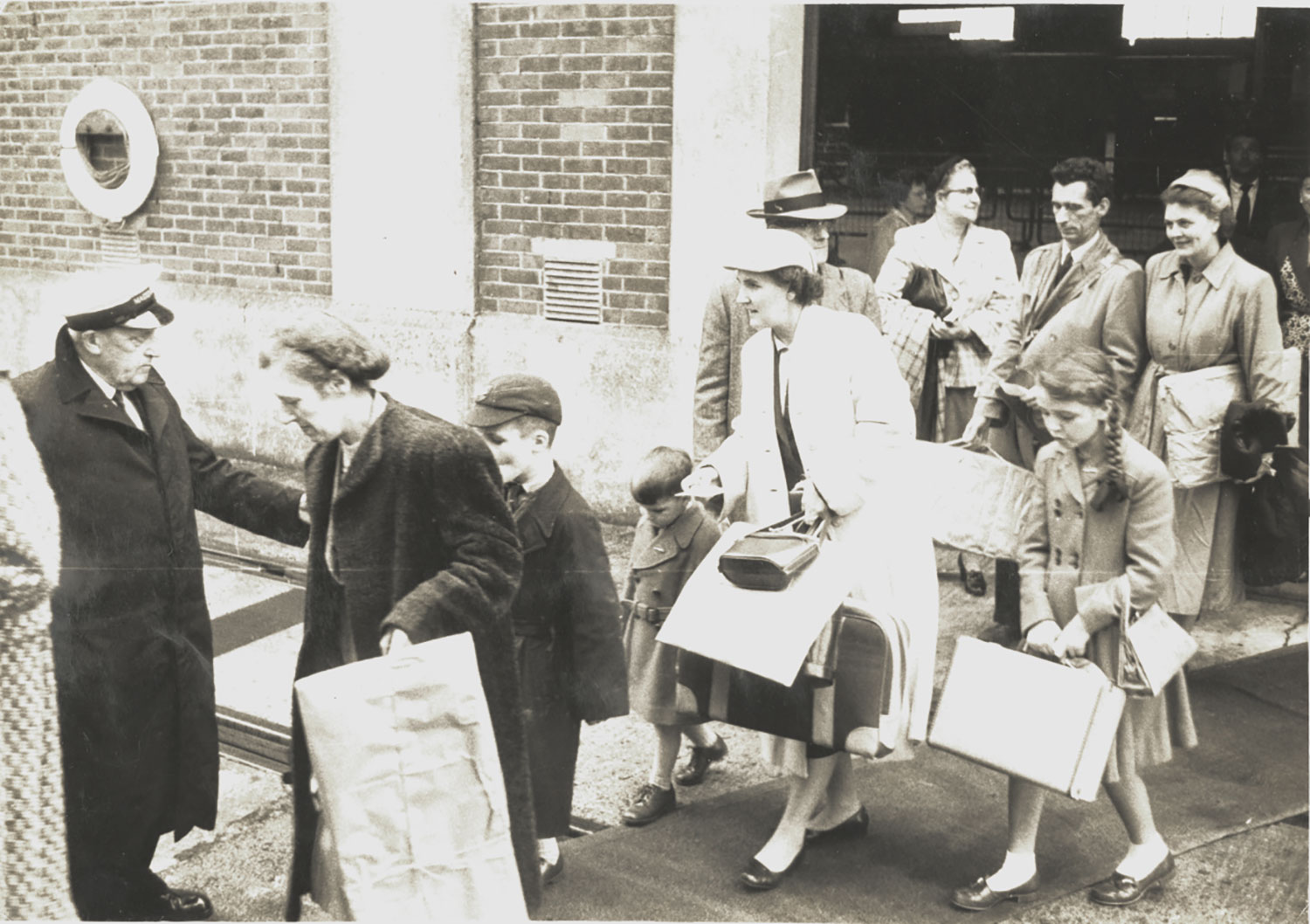 David Macaulay as a young boy, disembarking the SS United States with his family 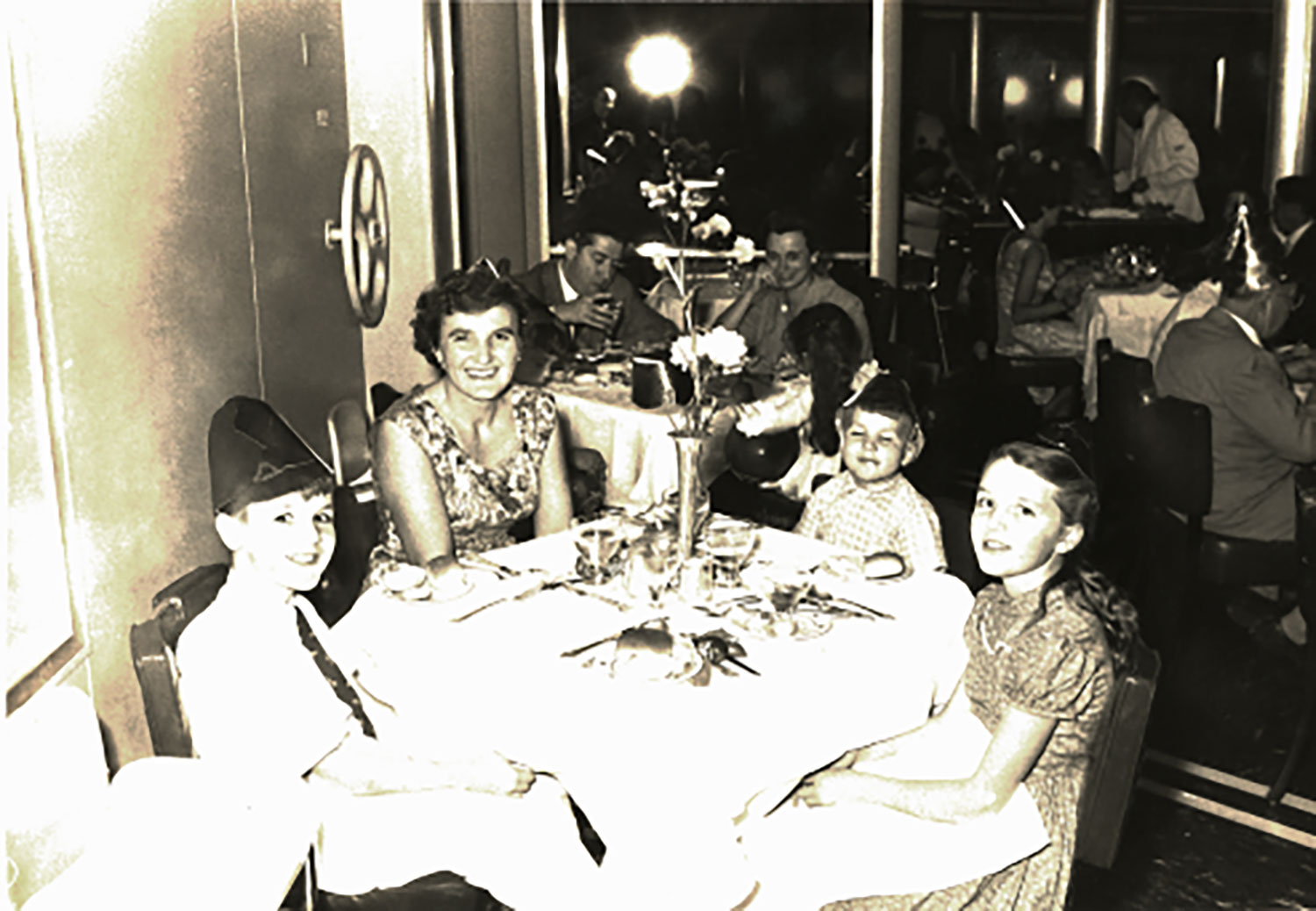 The SS United States represents a culmination and perfect synthesis of the art and science of shipbuilding during the post-war period in America. Using hard-earned knowledge gained from building commercial ships previous to the outbreak of the second World War, as well as innovations used during the war in construction of US Navy destroyers, the builders designed a ship that was fast, fireproof and as resilient to sinking as the military ships of the era.

Built at a cost of $79.4 million (nearly $750 million in today’s dollars) the ship is the largest ocean liner constructed entirely in the US and the fastest ocean liner to cross the Atlantic in either direction. Even in her retirement, she retains the Blue Riband, the accolade given to the passenger liner crossing the Atlantic Ocean in regular service with the highest speed. 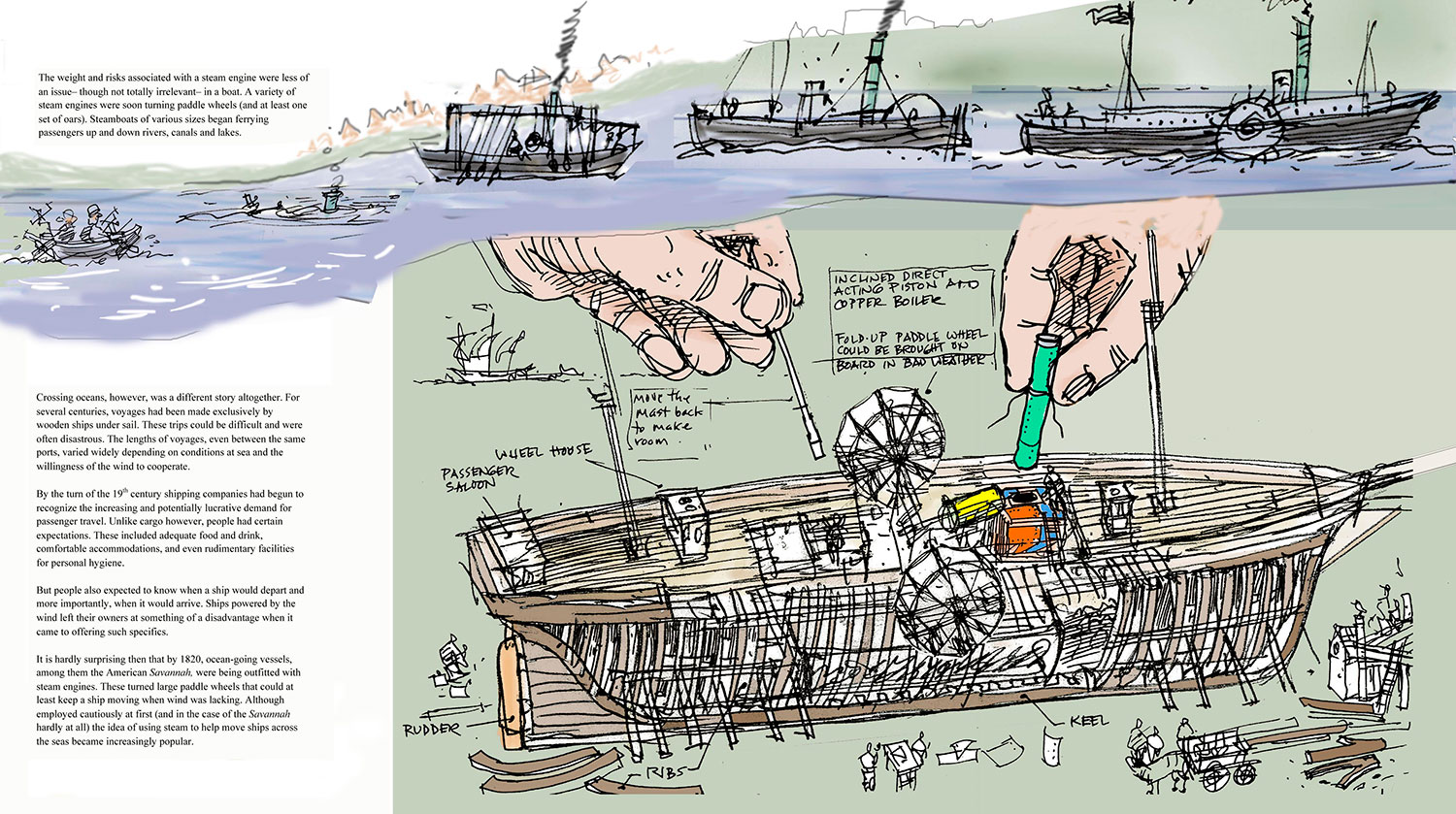