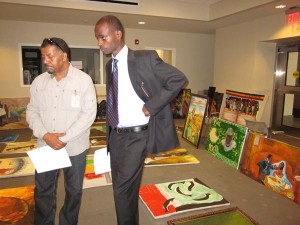 The State Department of the United States of America is actively using cultural diplomacy as a strategy for building bridges with cultures and nations around the world. Ambassador Donald Booth and his wife, retired foreign service officer, Anita Booth, live in a home called Roosevelt House and learned that 2011 was the 70th anniversary of President Roosevelt’s Four Freedoms. This inspired the idea to hold an art competition for Ethiopian Artists to render their interpretations of the Four Freedoms today in Ethiopia.

The Public Affairs Officer of the Embassy, Allyson Grunder, contacted me late last summer to float the idea of me traveling to Addis Ababa, Ethiopia, to be part of a jury for this exhibition, and to present lectures on Norman Rockwell. When I told her that Norman Rockwell had visited Ethiopia 50 years ago to paint the Peace Corps volunteers and that it was also the 50th anniversary of the founding of the Peace Corps, it seemed foretold that this trip and program was meant to be.

I was personally excited about the opportunity to learn about a new (to me) part of the world, and to walk in Norman Rockwell’s footsteps and learn more about his life experiences, as well as have a chance to share Rockwell’s work and message with Ethiopian artists. I and the cultural team at the Embassy were completely unprepared for the overwhelming response to the art competition.

With so many entries, we established guidelines for judging and decided to hold two rounds of jurying. It is fascinating to witness the thoughtful depth of message and communication on topics of food and hunger, free speech and religion and safety and fear. The work is of exceptional quality and culling the pool to twenty-five works for exhibition in the Embassy is a daunting task. Round One is complete and we are down to 75 works.

Four works will be selected to receive a cash prize. Bahar Jibril, cultural affairs assistant, assisted in putting out the call to artists to submit works. The final selections will be arranged on view at the Embassy and I will work with five students from the Fine Arts School at Addis Ababa University to install the exhibition. Stay tuned for the winning selections which I will post on Norman Rockwell Museum’s web site. 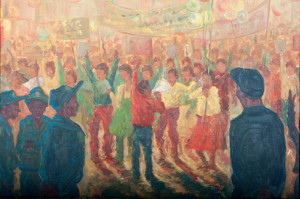 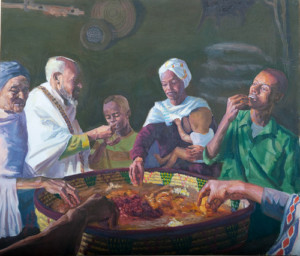 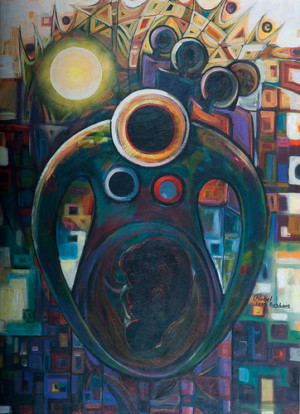 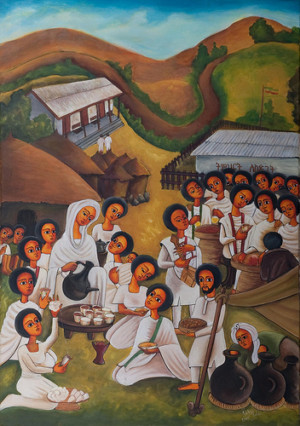 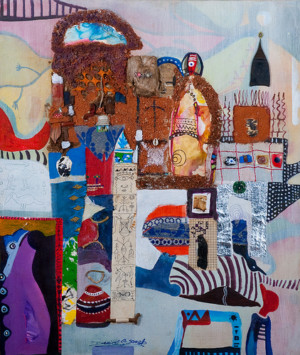